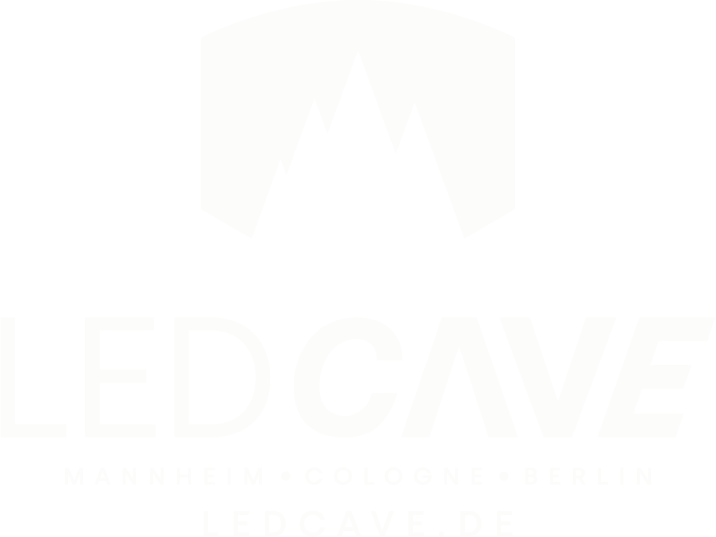 High-tech at your fingertips
LEDcave is a virtual production and XR studio suitable for film, advertising, live events and more. We aim to make high-tech media production accessible for all media teams.

Everything under control
By producing in digital environments, uncertainty can be greatly reduced and cooperation between production team members is improved considerably.

Equipment
In our LEDcave Studios in Berlin, Mannheim and Cologne we have installed over 2.000sqm high-res LED-Panels, Mediaservers, Trackingsystems, camera- and light equipment. Also it is possible to rent your virtual production setup for individuell film shootings.

History
As a pioneer of virtual production we start the business in 2019 with mobile LED-Screens, which are used instead of greenscreens. The Netflix-Series Biohackers used two 25x5m high LED screens to realize the driving scenes of a train. In the films “3,5 Stunden”, “Stowaway”, and “Munich 38” our mobile virtual productions setups were also used.
In March 2020, we then built Europe’s largest LED studio at our headquarters in Mannheim. The Cologne location followed at the end of 2020. Since December 2021 we are only located in Berlin as well. in the 2.500sqm LED studio is the LEDcave Berlin with 24meter diameter and a closed LED ceiling.
Over 70 successful productions have already been carried out at the 3 locations. The application possibilities are versatile and range from advertising videos, hybrid events and TV recordings, driving shots and film shoots of any kind.

This website uses cookies to improve your experience while you navigate through the website. Out of these, the cookies that are categorized as necessary are stored on your browser as they are essential for the working of basic functionalities of the website. We also use third-party cookies that help us analyze and understand how you use this website. These cookies will be stored in your browser only with your consent. You also have the option to opt-out of these cookies. But opting out of some of these cookies may affect your browsing experience.
Necessary Always Enabled
Necessary cookies are absolutely essential for the website to function properly. This category only includes cookies that ensures basic functionalities and security features of the website. These cookies do not store any personal information.
Non-necessary
Any cookies that may not be particularly necessary for the website to function and is used specifically to collect user personal data via analytics, ads, other embedded contents are termed as non-necessary cookies. It is mandatory to procure user consent prior to running these cookies on your website.
SAVE & ACCEPT
Go to Top